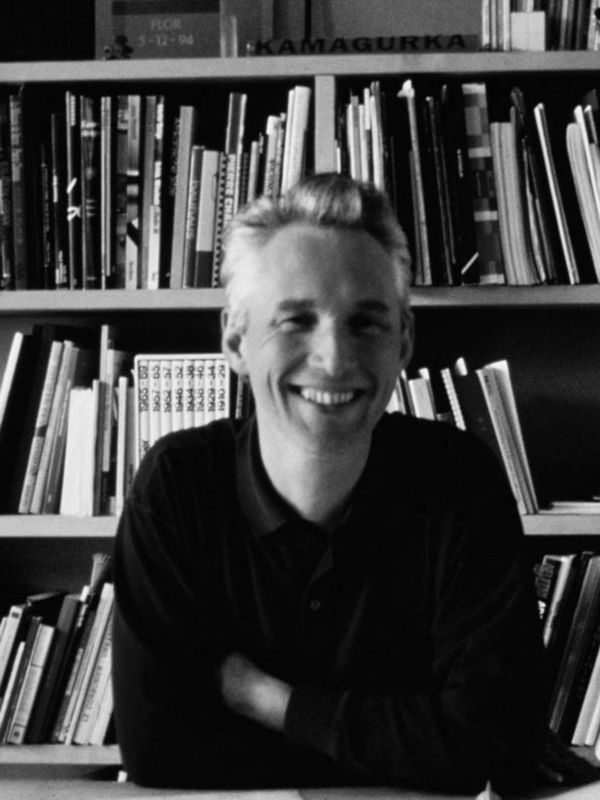 Maarten Van Severen (b. Antwerp, 1956 – d. Gent, 2005) was a Belgian furniture designer and interior architect. The son of abstract-minimalist artist Dan Van Severen, Maarten Van Severen grew up with art. He studied architecture in Gent and began designing furniture from 1986 onwards. He is considered one of the few Flemish designers who has managed to penetrate the top echelons of international designers. Van Severen died of cancer at the age of 48.

The work of Maarten Van Severen is characterised by great simplicity, thoughtful design and the use of modern materials. His quest for pure essence is reflected in the absence of unnecessary elements. His furniture is a highly successful synthesis between (sitting) comfort derived from empirical research and applied technology, and purified form. He strove to achieve more with less, in line with the adage of Mies van der Rohe (Less is More). Maarten himself was reluctant to make use of such oft-used labels as “minimalism”. Design minimalism, in his view, would do better to minimalise the personality of the designer. It seems easy to designate the simple lines of his work as minimal, but to him it was more about a maximalist experience. He also had trouble with the word “designer”. He himself preferred to say that he just “made things”, “things to live with”. One of his first designs was a long slender metal table that was continuously further developed and purified over the years. A good example of his continuous search for improvement and the development of utility.

Van Severen’s furniture has sleek, almost architectural shapes. With all frippery stripped away, the power comes entirely from the form. His furniture is characterised by timelessness and a related durability. They are deceptively simple and have a kind of self-evidence.

Maarten Van Severen worked for several large furniture manufacturers, but did not limit himself to designing furniture. Thus he also designed lighting and even cutlery. As an interior designer Van Severen also gained global admiration. For two years he led a design team at the OMA (Office for Metropolitan Architecture) of Rem Koolhaas. There his work included the decorating of the Villa Floirac in Bordeaux. Time Magazine called this house the most important private residence of the twentieth century. Besides the interior of the Koolhaas house, Van Severen’s work can be seen at the Villa de l’Avera and the Casa di Musica in Porto, the public library in Seattle, USA and the Dutch Embassy in Berlin. The spaces designed by Van Severen, are notable for clear proportions and balance. His last big project, and actually the only integral architectural project he executed, was a kitchen pavilion in a landscape garden in Deurle for the twin brothers and cooks, Stefan and Kristof Boxy.

One of his most important interiors is that of architect Abel Cahen’s Van Abbe Museum in Eindhoven, for which he designed the public spaces such as the library, the reception desk, the museum shop, the cafeteria and the auditorium. That is also where the cooperation with Durlet started. Although Maarten van Severen and Durlet had already known each other for years, it had never come to a collaboration before. However, together Durlet and Maarten van Severen developed all seats for the auditorium of the Van Abbe museum. Out of this cooperation and Durlet’s desire to bring a unique relaxing chair onto the market, there followed one of Maarten van Severen’s last designs, the MVSLoungeChair. 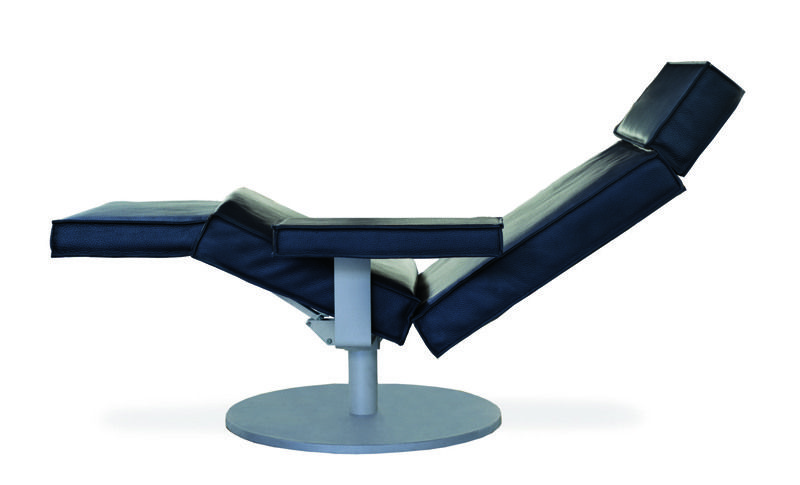