Teun van Zanten is in some ways an atypical designer. Don’t expect him to tell you extensive stories about inspiration. Nor is he a man you’ll find in the society sections of newspapers or encounter on the TV. From his loft in Antwerp – beautifully decorated, with lots of modern art and books – he keeps working steadily on a body of work that now extends to thousands of designs.

“Working is the joy of my life and I’m always really busy with designs. It is a hobby, which even allows me to earn money,” says Teun laughing. His life motto is simple: “Do the things you enjoy.”

“Actually, I wanted to be an artist. I know many painters, writers, sculptors and like to surround myself with their work. For years, I have been a friend of Klaas Gubbels, known to the public through his coffee pots. A likeable guy and a great artist. Because I didn’t have enough talent to succeed as an artist, I started designing furniture. I’m not very keen on the designers’ world, or ‘designers’ as they call themselves. Manufacturers with whom I work and I always have a laugh at furniture fairs if we see a man, dressed all in black, with long hair and weird glasses on his nose. We say to each other: ‘There goes another designer.’ I don’t mean to be provocative, but to compare it with another business entirely, who knows who designed the Concorde? Nobody! And yet that’s a beautiful piece of design work, a thousand times more impressive than what designers in the furniture industry achieve. I believe what you buy is a product, not a name, and that a couch needs no story. If people don’t see what you mean as a designer, then the design is flawed. And I don’t want to make products for museums, but for people.”

Apart from some modest experiments, Van Zanten has never ventured into designing furniture other than couches. “I can do nothing else, nor do I want to either. What I find nice about a couch is that the shape is determined by the anatomy of a person, not by the designer. Because let’s face it: what can you do with a couch? And yet there are thousands, tens of thousands of couches with a specific look and unique characteristics. Just as Klaas Gubbels can fill his life by painting coffee pots, I can fill my life with designing couches. Everything has already been made, and yet much remains to be made for the first time. A good product is the sum total of its details. Sometimes I make the comparison with a beautiful woman. Everything is right, but if you change the tip of her nose, the image changes and you damage her beauty. The same goes for couches, good ones at least: miss a detail, and the product is suddenly worthless. Everything has to be right, one little flaw and the whole couch is a failure.”

Teun’s so-called nonchalance is deceptive. “In my life as Teuntje who likes talking with people and having a glass of beer with them, I might be nonchalant. This is the lighter side of my existence, so to speak. But in my job as a designer, I’m anything but easy. I would drive hundreds of miles for one wrong stitch. Because it has to be perfect. It often happens that although the manufacturer is satisfied, I still feel that there’s something that needs changing about a model. And the manufacturers with whom I work appreciate that.”

Van Zanten calls himself the best cube maker of the world. “I have been making cubes for decades, which is something that has been picked up by almost every designer over the last years. But I make cosy cubes, because sitting also needs to be cosy. What you see now are often stark, very bare models born out of poverty. The trick is to combine just that starkness with warmth, with atmosphere. What I do can perhaps best be described by the term ‘trans-minimalism’: past the minimalist. A couch may well look stark, but it should be comfortable.”

What does the word inspiration mean to him? “At night the big idea comes along and the next day it proves to be nothing... No, design is primarily working. Sitting down and sketching and sketching over and over again. Moreover, a drawing is only the beginning for me. I am not the kind of designer that sends a sketch to a manufacturer and then waits until the prototype is ready. I want to be directly involved, standing next to the people who make the prototype. We work together just as long as we need to until the result is as it needs to be. There also needs to be some chemistry between me and the production people at a manufacturer’s, because at the end of the day, they are the ones who are going to give form to my brainchild.”

Teun sometimes returns to an old design that he provides with a new, contemporary, jacket. “Why not? A beautiful example from the car industry is the Porsche 911. It entered the market more than thirty years ago, and is still a success. Put the latest 911 next to the first one, and you’ll see a totally different car. But it’s still a 911 and recognisable as such. I find that impressive. I also use things from the past and blow the winds of time over it, which I do by keeping the original shape and making small additions in order to capture the present time in the image. To make a comparison, yet again, with the great artists: what else do they do besides making different variations on a theme? Hermans, Mulisch, Reve, Wolkers; all writers who always write the same things, but then each time just slightly different.” 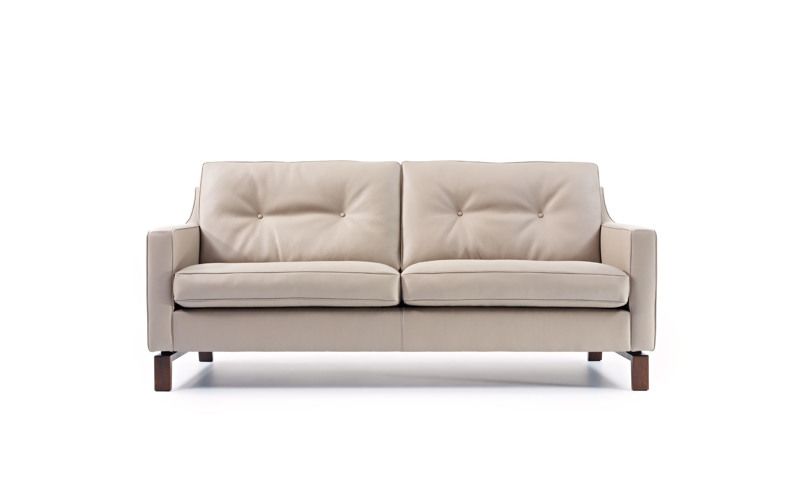